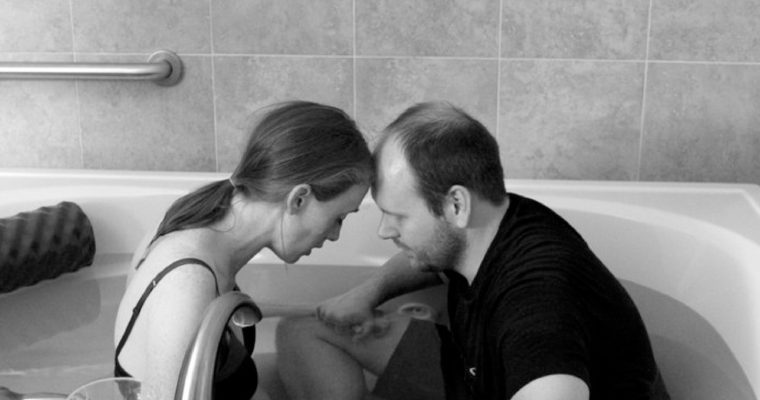 Our Families
-
by Blossom 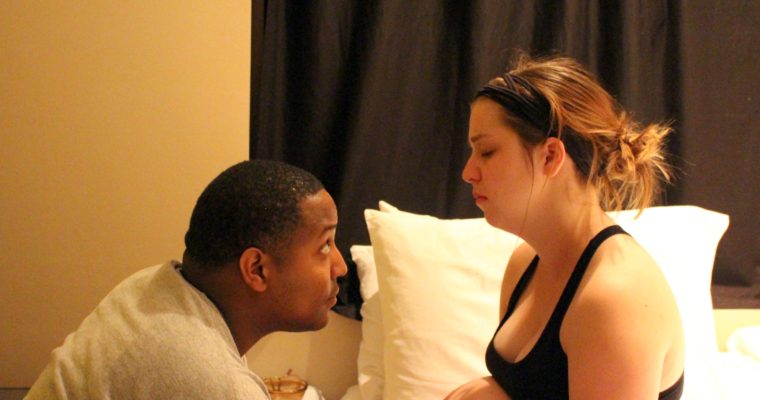 Our Families
-
by Blossom

When they say to write a birth story down right away, do it! It becomes a blur the longer you wait, with all the hormones, excitement, emotions and lack of sleep, to the point that details are lost in the midst of the main event—the birth! This is what I remember, exactly a year later on Blue’s first birthday…

On September 10th, Trevor Hall came to town and we went to his concert and I danced as much as being almost 40 weeks pregnant allowed me to. I remember asking one of my best friends and soon-to-be birth photographer, Khristina Saint, what the difference was between Braxton Hicks contractions and real contractions in the middle of the dance floor, and she gave me this look, like “you’re about to have the baby”. I was unconvinced, being a first-timer, and didn’t get too excited or nervous, but just enjoyed the music. We got home around midnight, and after a snack went to bed.

I woke up around 3:30 am and rolled over, shaking Anton awake to say “I think my water broke!” He looked at me bleary eyed and said “Are you sure?” I gingerly waddled to the bathroom, and confirmed my suspicions. Even though I didn’t have steady contractions, or a ‘gush’ as some women describe, I knew this was the real thing and it was happening! Anton called the Blossom midwife on-call pager, and we found out Amy Smith was going to be our midwife, which made me happy for many reasons, not just because we have the same name.  I felt like not only could I trust her and be cared by her, but that her energy was just what I needed for the birth. She said to come down to Blossom to double check that it really was the amniotic fluid coming out, and to give me antibiotics since I had been GBS positive.

We got to Blossom around 4 am, everything was confirmed, IV was hooked up, but contractions were still very few and far between. I kept hearing the statistic in my head that only 20% of women have their water break before active labor begins, and I was hoping it would kick in soon. We left Blossom as soon as the antibiotic fluid was done, to try and get as much sleep as possible and to have some meals at home.

Later that morning I was dancing away in the living room, enjoying timing contractions, eating protein packed food, using comfort measures I had been taught by my prenatal yoga teachers, and telling everyone (through Anton on the phone) that the baby was coming. Anton and I triple checked things like the dog sitter, car seat, baby bag, extra clothes, altar items. We called our doula, Gila Shire, and discussed when we would be heading to Blossom again, and if we needed any other last minute things. By lunch time the contractions were steady, but not painful, and we felt like it was time to head to the birth center.

When I got to Blossom I was so excited! It was finally happening! This thing I had been preparing for 9 months for was actually in progress!! I remember getting really excited each contraction, and seeing looks exchanged between midwife, doula and birth assistant that at the time didn’t register, but looking back probably meant “she’s not quite there yet”. I was sitting on the birth ball, and slow dancing with Anton, enjoying the space we were creating. He set up the altar with Gila, and smudged everyone and the room with sage, and Gila got out the essential oils. We started playing the music I had picked out, and all in all it was a perfect environment.

Around 2:30 pm the warm up labor progressed to active labor, and I felt a much deeper contraction. My entire demeanor changed and suddenly I realized that this was now what everyone was talking about when they say active labor.

Gila and Amy were amazing with letting me move around. I kept getting in and out of the birth tub, mostly out of my own fear of sitting in water that had been soiled, even with assurances of easy draining and cleaning. I kept wanting to just sit on the toilet—which when you think about it is the one place in the whole world where we can let go completely. So with my body in it’s comfort zone, I let it do it’s thing.  I stopped getting in the bathtub and just alternated between the floor and the toilet, moving my hips, singing my favorite songs and chants, and riding each wave of contraction with as much sound as I could muster. I felt like all the om-ing in yoga was paying off—deep intonations, sending my voice down to my womb and to my baby, while relaxing my jaw as much as I could while letting my vocal chords vibrate, seemed to ease the tension more than anything else. Tucking my chin down to my chest as I made the sounds also helped direct the flow of energy. I don’t think I’ve ever heard deep sounds like that come out of my body ever! But I was letting my primal and spiritual self take the wheel, giving my ego/talking brain a break.  I knew that my body knew what to do, so I trusted it.

Around 7 or 7:30 pm I really wanted to push. Amy did the first vaginal check of the day then, and let us know that while I was dilated to a 7, I wasn’t fully effaced around the front of the cervix. Without full effacement there was no way I’d be able to dilate the rest of the way to 10. She suggested we try the side lying maneuver, so Gila, Anton and Amy walked me over a few rooms away to the massage table (the only surface firm enough and high enough—the bed was too squishy). If you don’t know what this is, the woman lies on her side, while someone holds her top leg, and someone else holds her hips stacked. As she has the contraction, her top leg is released so that it drapes off the edge, over the side, while her hips stay stationary.  I had to do this for 4 contractions on each side in order to stretch the ligaments and tendons surrounding the cervix that were too tight, and preventing it from effacing.  It was the only time throughout the entire day that I would describe the sensations I was feeling as “painful”.  Once we were through with that I was helped back to the birthing room and laid down on the bed to rest.

I think this is the moment most women describe as the “I don’t know if I can do this” moment.  I was lying down on the bed with my eyes closed, hoping that what had just happened on the massage table had worked, because I didn’t want to go through it again. I was tired, I had been throwing up pretty consistently, I felt like pushing but was still a little scared, and I wanted to be done. Hello Transition time.

Before I knew it I felt like I was going to have a bowel movement and got up off the bed and bee-lined for the toilet. I started pushing and realized that instead of anything coming out of the back, the baby was coming instead! I could feel what everyone describes as the pressure at the edge of the perineum, and knew he was here. I told Amy what I was feeling and she said to reach down and feel around and see if I could feel his head. I could! That’s when she had the birth stool brought in so that I could sit there instead, so I would feel like I was still on my comfortable porcelain throne, but so that she could also see what was happening. There was a lot of bloody show, and the baby’s head was definitely crowning.  Amy and Gila coached me on how to coordinate pushing with my breath, and I gingerly navigated the stretching skin with my hands.  Being able to feel what was going on with my own hands made it so much easier to know how much to push and when—I knew I wasn’t going to tear because I was aware of the limits of my body, and I was able to mentally engage the area with the thought “relax”.  As I breathed and let noise just flow from my lungs, I pushed with 4 contractions, and then felt sweet release. His head passed through, and then Amy said “keep pushing!” and his body followed.  Amy helped my hands bring him up to my arms, and that’s when I heard his voice for the first time. Sweet baby Blue! He was here!!! It was 8:53 pm on September 11th.

His umbilical chord was a bit short, so we all carefully walked back to the bed so that I could lie down and turn his body so that his head could reach the nipple while keeping his belly as far down as possible.  He latched on right away and I didn’t think I could ever be so happy.  The amount of oxytocin flowing through both of our systems was overwhelming, and I was so amazed to see that his eyes were wide open and he was looking intently around himself.  We delayed chord clamping, so it wasn’t for another 10 to 15 minutes or so that he was able to be fully in my arms.  Once it was cut daddy got to hold him.  Blue immediately opened his eyes and stared right into his Anton’s soul. At that same moment, Blue let all the meconium out all over his daddy! But that’s what babies do.

I needed help with getting the placenta out, but was so excited to finally see it, and to see the tree of life pattern that it has on the inside. Amy and Gila made sure that I was hydrated and fed, and Kelly (the birth assistant) was keeping notes on all the details of Blue. He weighed 7 lbs, 7 oz, and was 19 in long. To me, he was perfect in every way.

I didn’t know it at the time, but he had a lip tie and tongue tie, so nursing that first night was a little difficult—but I was super grateful that we were able to sleep at Blossom until the next morning.  After the last of the paperwork had been filled out we put him in the car and drove home slower than anyone on the road. Anton and I were so blessed to be able to snuggle up with him at home for the next few days, just as a new family needs to be able to do.

And now, a year later, Blue is taking a nap next to me as I write this, more than double his size, with lots to say and places to walk to, no teeth yet, but big curious eyes. I will tell him his birth story every year when he wakes up on his birthday, and remind him how grateful I am that he came into this world. 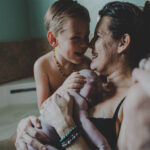 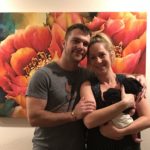 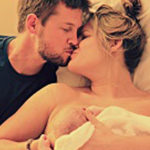 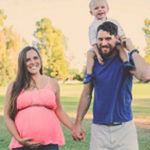 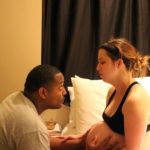 Our Families
-
by Blossom
Request a Consultation 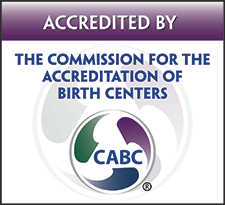 We are So Happy for the three of you!! ✨Words be

Two week visit full of ✨joy✨ with Ella and her

A big warm welcome to sweet baby Myla, who was bor

Arrow was born swiftly on a busy Sunday afternoon!

We are so proud of this family! Cameron was born a

Some babies are roared into being and some babies

On Friday we celebrated International Day of the M

Searching is in progress